Is God a Genocidal Maniac?

036. Playing The Audio From Some Recent Videos.

037. How Should Christians Watch Movies?

“At the conquest, God poured out his judgment on a wicked society who deserved it; at the cross, God bore on himself the judgment of God on human wickedness, through the person of his own sinless Son—who deserved it not one bit.”

The New Atheists love to paint God as a genocidal maniac. Many critics of the Bible have accused Christians of serving a maniacal God who obliterates many seemingly innocent nations in the Old Testament. At first blush it may seem as if God is a moral tyrant, but this is not the case. Look at it this way.

First, no one is truly innocent.

Paul helps us here: “All have sinned and fall short of the glory of God” (Romans 3:23). In the same letter, Paul teaches us that everyone is without excuse before God (Romans 1:20). This means that a person doesn’t have to be a Christian in order to know right from wrong. We come programmed with an innate sense of moral values. And that’s because God’s moral code is built-in. The Scriptures teach us that both conscience and creation testify to God’s there-ness and greatness (Romans 1:19-20; Psalm 19:1; Romans 2:14-16).

Aren’t you grateful? I sure am. God patiently waited 430 years to judge the inhabitants of Canaan because their sin had not reached its limit (Genesis 15:16). With Sodom and Gomorrah, Abraham successfully pleaded for them, asking God to spare them for the sake of ten righteous people (Genesis 18–19). Genesis 6:3 may indicate that Noah warned of coming judgment for 120 years before God actually judged the earth with a flood (see also 2 Peter 2:5). Even the not-so-popular Old Testament prophets who warned of impending judgment depict God’s mercy by giving rebel nations a heads-up to repent. God readily showed mercy to those willing to turn from sin as seen with Nineveh (Jonah 3) and Rahab right before the conquest (Joshua 2). God doesn’t judge out of the blue. He graciously warns before He judges.

Third, God’s destruction was never the result of ethnic cleansing; rather, it was to cleanse idolatry, as in the case of the Canaanite conquest.

Even the Israelites went into captivity in part because of their idolatry, and God used both the Assyrians and the Babylonians to chasten them for their continuous rebellion in order to turn their hearts back to Him.

Know this. Judgment isn’t God’s first resort. It’s His last resort. Far from being a genocidal maniac, God even took our judgment upon Himself in order to spare us His judgment. Think Jesus. Think the cross. Think grace. 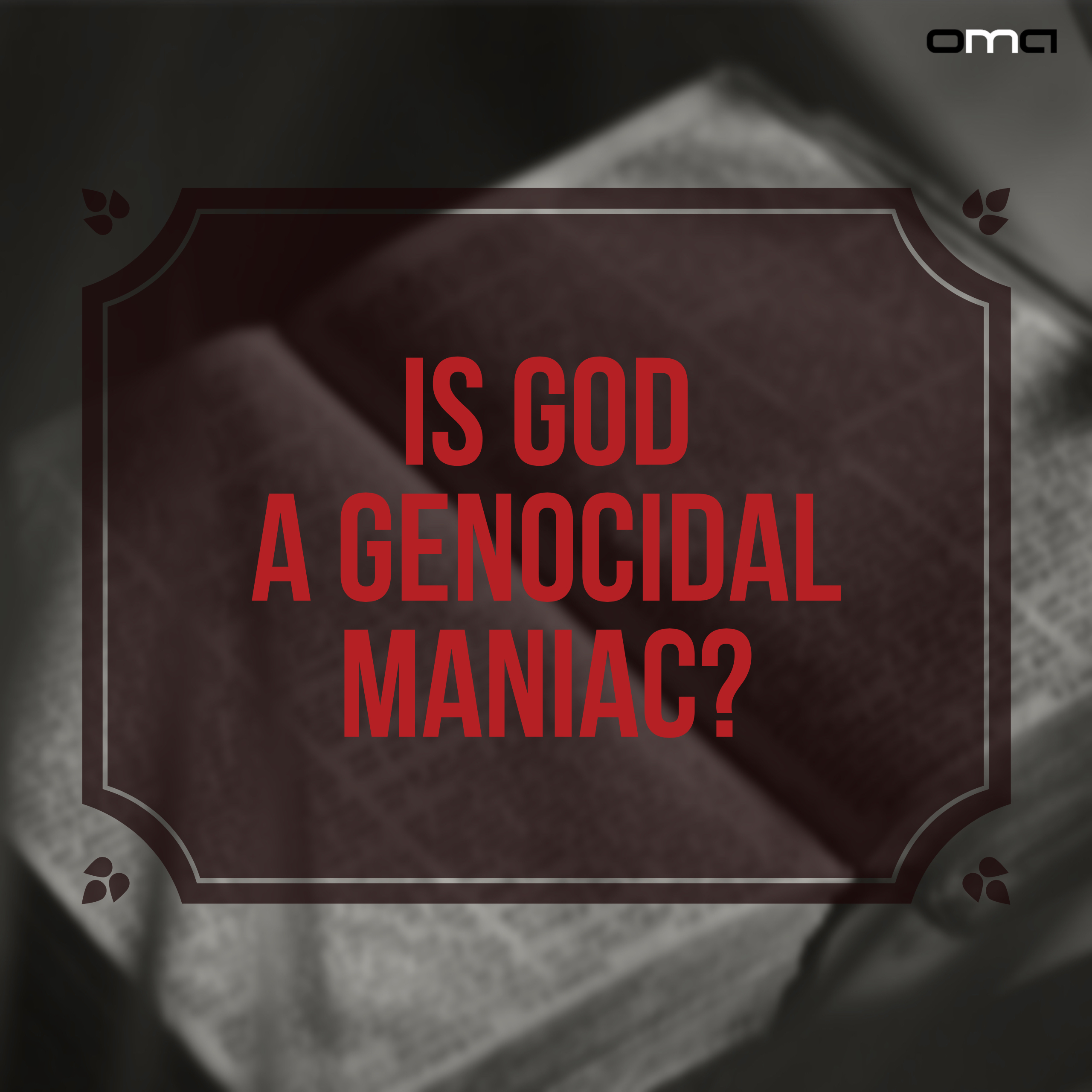 Trying to live the Christian life apart from the Holy Spirit is as senseless as trying to iron a shirt without plugging the iron into the outlet. As Christians, we need to get plugged in.

“When the Spirit of truth comes, he will guide you into all the truth, for he will not speak on his own authority, but whatever he hears he will speak, and he will declare to you the things that are to come” (John 16:13).

Do you sense the Holy Spirit at work in your life? If so, how?