008. How Do I Respond To Christian Hypocrisy?

009. What Are The Core Doctrines of Christianity? Part 1 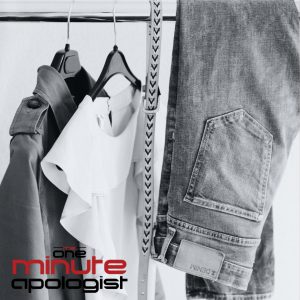 “Cross-dressing, considered by some of little consequence today, was strictly forbidden in Israel because it obliterated the lines of distinction inherit in God’s creation of man and woman.”

The term often associated with a cross-dresser is transvestite—someone who seeks to dress according to the opposite sex of his or her assigned gender. Interestingly enough, and to my surprise, this doesn’t mean that a male dressing up as a woman is a homosexual. It can, but it doesn’t necessarily indicate that.

Gender issues can be very complex, and cross-dressing just adds another aspect to the gender confusion that characterizes our culture. Some people cross-dress because they don’t feel their gender identity matches the gender they were assigned at birth. Others cross-dress simply as a fashion statement. They like the clothing of the opposite sex better, so a guy may sport a dress or wear some high heels just because he likes it.

As much as one may like the attire of the opposite sex, we should remind ourselves that cross-dressing was prohibited in the Mosaic law: “A woman shall not wear a man’s garment, nor shall a man put on a woman’s cloak, for whoever does these things is an abomination to the Lord your God” (Deuteronomy 22:5). The obvious principle that surfaces for us from this verse is that men should embrace their manhood and women should embrace their womanhood. The reason cross-dressing is an abomination before the Lord is because it is an outright rejection of one’s assigned gender, and that creates confusion and blurs gender lines.

Some will say, “But this verse was extracted from the Old Testament law.” True, but the principle hasn’t rusted out with the ticking of time. In such cases, it’s important to get at the principle tucked beneath the commandment. In this case, the overarching principle is that the Scriptures oppose cross-dressing because it portrays a rejection of one’s divinely assigned gender (Genesis 1:27). We are to embrace our gender, not seek to erase it.

“So God created man in his own image,

in the image of God he created him;

male and female he created them.”

Some may contend, “What’s the big deal if a man wants to dress in women’s clothing or vice versa?” How would you respond? Can you think of ways that cross-dressing can subtly loosen the moral fabric of culture?