Is Abortion a Sin?

036. Playing The Audio From Some Recent Videos.

“Prolife advocates don’t oppose abortion because they find it distasteful; they oppose it because it violates rational moral principles. The negative emotional response follows from the moral wrongness of the act.”

The greatest war in our culture today is taking place in the womb—the war on the womb. More casualties have occurred in the womb than in any other location in human history. Since Roe v. Wade was passed in 1973, there have been approximately fifty-five million abortions in America alone. That’s staggering. And the greater tragedy is this war is far from over. Sadly, abortion continues to be a cultural hot button, which means we continue to need voices for the voiceless.

Some might say, “But why? Isn’t abortion legal in America?” Yes, but legal doesn’t equal legit. Just because something is declared right doesn’t make it right. Others maintain that abortion is necessary in certain circumstances for the mother’s health or in the event of rape. But well-known statistics show that rape cases make up only 1 percent of all abortions and a woman’s health is a deciding factor only 3 percent of the time. This means roughly 96 percent of all abortions take place because the mother or father is often unwilling to take the responsibility to parent the child or to put the child up for adoption. This must change, but how?

First, we need to realize that human beings are created in God’s image (Genesis 1:26-27).

Scott Klusendorf, the founder and president of Life Training Institute (http://prolifetraining.com), has developed the acronym SLED to demonstrate the similarities between a newborn and a preborn. SLED stands for size, level of development, environment (the location of the child), and degree of dependency. Each letter is meant to show how a preborn is just as human as a newborn.

Even if a person denies that we are created by God or in His image, if they honestly face the facts, they cannot maintain that the child within the womb isn’t a human being. That position is intellectually dishonest. Scott’s argument is effective because one can use it without even bringing the Bible into play with those not interested in hearing what the Scriptures have to say.

Second, abortion is wrong because it breaks the sixth commandment.

The Bible says, “You shall not murder” (Exodus 20:13). Amazingly, in our culture, if a person murders a pregnant woman, he can be tried for double murder, but if the mother aborts her child, she walks free and is even celebrated as courageous by some. Yet, many women and men who have experienced the hurt of choosing abortion over life don’t truly walk free. They experience emotional, spiritual, and physical problems due to the trauma caused from having an abortion.

Third, God knit us together in the womb.

For you formed my inward parts;

you knitted me together in my mother’s womb.

I praise you, for I am fearfully and wonderfully made.

Wonderful are your works;

my soul knows it very well.

My frame was not hidden from you,

when I was being made in secret,

intricately woven in the depths of the earth.

Your eyes saw my unformed substance;

in your book were written, every one of them,

the days that were formed for me,

when as yet there was none of them.

Think about it. Abortion aborts the process described in these verses from taking place.

I realize this is a hard issue for those who have had abortions and are now living with the guilt of their decision. While guilt is the proper emotion for violating God’s moral law, grace is God’s response to those who acknowledge their wrongs. Let me encourage you to turn to God and ask for forgiveness, and then trust that He’ll readily forgive (1 John 1:9). 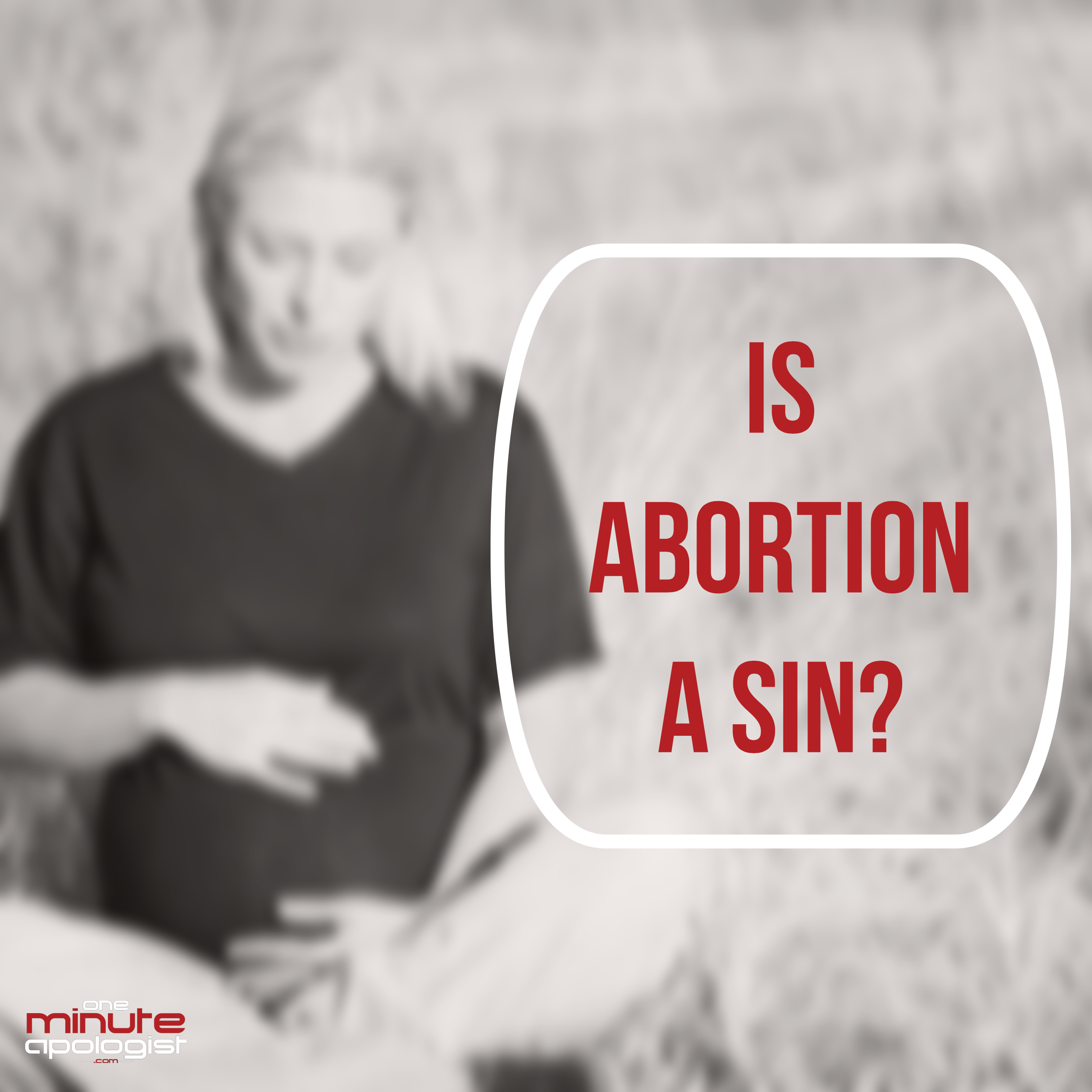 Abortion is the holocaust of our time.

“Before I formed you in the womb I knew you,

and before you were born I consecrated you;

I appointed you a prophet to the nations.”

What are some ways that you and your church can be a voice for the voiceless?