Did God Create the World to Boost His Own Glory?

God, Who Are You? 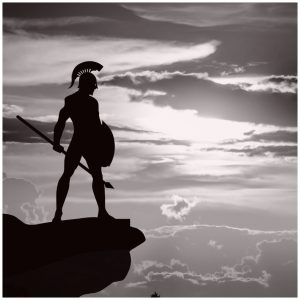 “Let me be clear that of course, the Bible says it is our obligation to love, praise, and worship God, but this is a very different matter from the suggestion that God worships himself, is deeply worried about whether he has enough glory or not, and his deepest motivation for doing anything on earth is so that he can up his own glory quotient, or magnify and praise himself.”
Ben Witherington

Some people have a hard time stomaching the idea of a relationship with the Christian God because they think He created the world for a personal glory boost. Sort of like creating a world destined for redemption in order to become your own superhero.

How can we respond to such a view?

First, God didn’t create the world with a desire for us to rebel against Him. Rather, the world was created in perfection and declared “very good” by God (Genesis 1:31).

Second, it wasn’t God’s desire for evil to enter into the world. In fact, He even warned Adam to avoid the tree of the knowledge of good and evil (Genesis 2:16-17).

Third, God didn’t create the universe and all of humanity because there was something lacking within Him. He has no deficiency. No need. We weren’t created for His emotional fulfillment. The thought in itself is laughably absurd. Nor does God have some deep-rooted insecurity whereby He created us so that we could remind Him of how great He is. He’s well aware. And not arrogantly so, but obviously so.

Fourth, neither did God create us because He suffered from the horrors of loneliness. God is Triune. He has eternally existed in what Alvin Plantinga, the eminent philosopher, refers to as the “charmed circle of the Trinity.” God is a communal God—One God eternally existing in Triune community.

So, why did God create us? Not for lack. Rather God created us to share Himself with us. Far from being a selfish megalomaniac, God is a selfless, giving, omnibenevolent God. His greatest act of benevolent love was witnessed at Calvary in the Person of Jesus Christ as He sought to rescue us from the consequences of this macabre marked world. It was there that Christ shared in our suffering to atone for our sins. And it wasn’t out of His need. It was out of ours.

Thought to Ponder
God didn’t create us to boost His own glory. That would imply He was in need of us. Rather, He created us to share in His glory and to experience His creation and ultimately to know Him as our Creator.

Memory Verse
“The God who made the world and everything in it, being Lord of heaven and earth, does not live in temples made by man, nor is he served by human hands, as though he needed anything, since he himself gives to all mankind life and breath and everything” (Acts 17:24-25).

Question to Consider
What would that say about God if He created the world to boost His own glory?

One Minute Apologist Video
Bobby Conway, “Did God Create the World to Boost His Own Glory?” https://www.youtube.com/watch?v=lMUqwjeEbrc