If God Is Good, Why Is There Evil?

038. Does Our Guilt Point To The Existence of God?

“There is an old illusion. It is called good and evil.”

Perhaps the most frequently asked why question is, “If God is good, why is there evil?” This question is so jarring that many cannot stomach the idea of a God who could allow for the ghastly, unspeakable evil we see in our world. Is it possible for a good God to exist in the presence of such macabre malevolence? I mean, seriously, can there really be a good God?

While it is true that God is all-powerful and all-good and that evil exists, it doesn’t necessarily follow that God doesn’t exist simply because evil exists. God and the presence of evil both exist. Before we deal directly with the argument against God’s existence, let me first mention a few qualifications about evil.

First, evil isn’t a thing in itself. It’s more like an adjective than a noun. There are evil leaders and evil motives and evil wars and evil thoughts. Second, philosophers also distinguish between moral and natural evils. Moral evils are things like murder, rape, adultery, and stealing, whereas natural evils are tornadoes, tsunamis, earthquakes, and the like. Third, some philosophers distinguish between the emotional problem of evil and the intellectual problem of evil. This is helpful. The presence of evil affects us emotionally, and it’s hard to get around it. We’ve all felt its effects. But this angst that we feel, as disturbing as it is, doesn’t pose an intellectual problem for God’s existence. That’s because there is no contradiction in contending that both evil and God exist.

With this in mind, the argument before us implodes. It fallaciously assumes that an omnipotent and omnibenevolent God couldn’t have any good reasons for allowing such rampant evil in the world. But how could we possibly know God’s mind on such things? There’s a massive assumption that we know what is best in stating that God would not allow evil. And while it may be hard to wrap our heads around the evil that is so prevalent, we can know that God has His purposes beyond our ability to see. 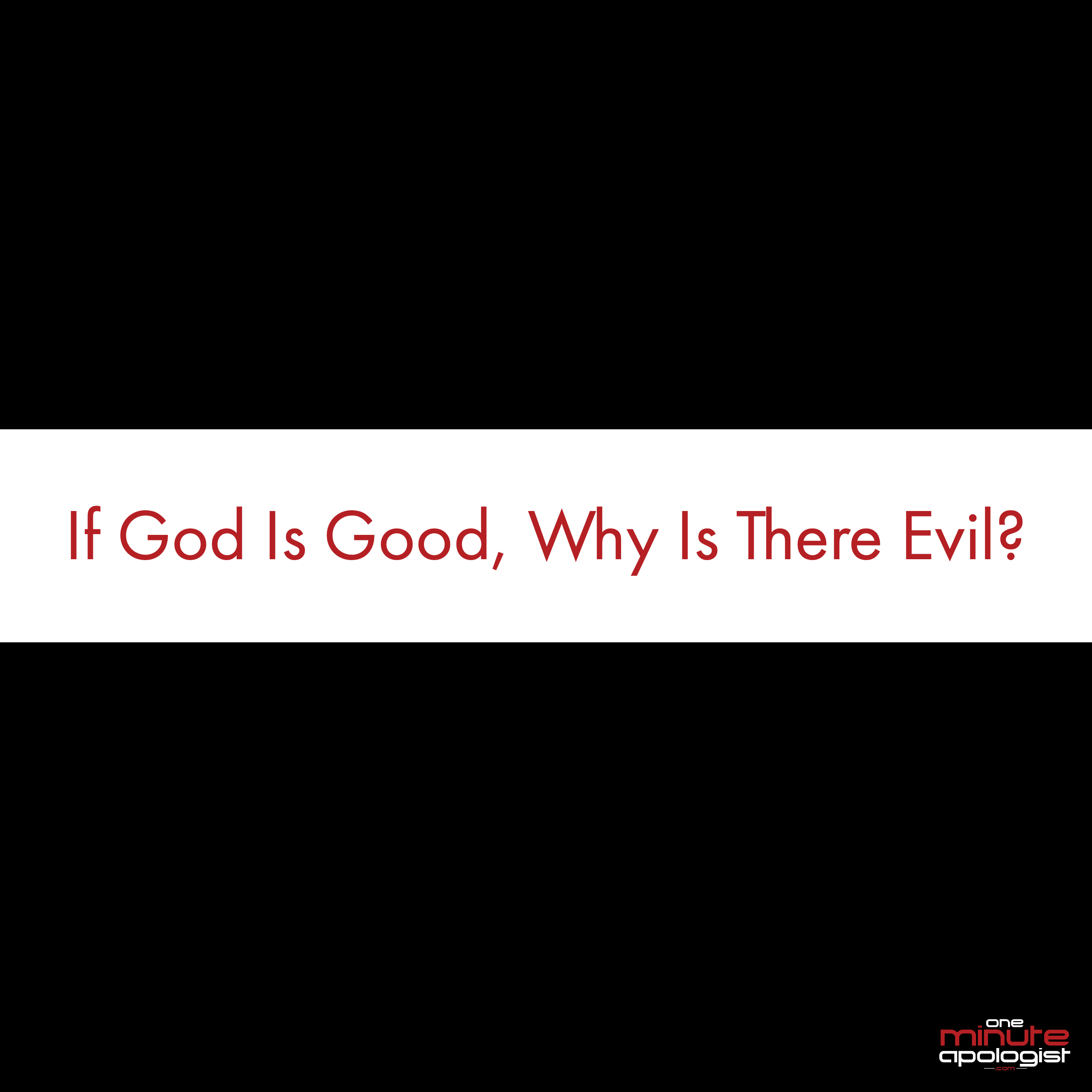 “If God does not exist, everything is permissible.”—Fyodor Dostoyevsky

Though the fig tree should not blossom,

nor fruit be on the vines,

the produce of the olive fail

and the fields yield no food,

the flock be cut off from the fold

and there be no herd in the stalls,

yet I will rejoice in the Lord;

I will take joy in the God of my salvation.

Can you think of any biblical examples (or other examples for that matter) whereby God brought good out of evil and it turned out to serve a meaningful purpose?